How to stop on inline skates – Step by step guide 2023 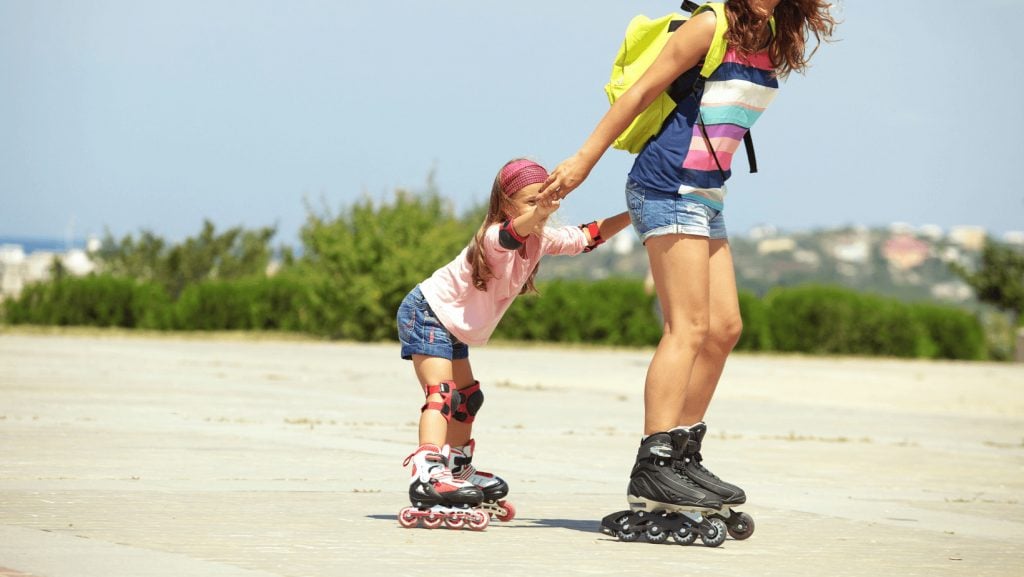 Ok, so you just started skating and you barely know anything about it. When you start getting a hang of walking on a straight line of wheels then your first thought is probably

Well, If you’re thinking about any of these things and want to learn how to stop on inline skates then just give this article a quick read and you’ll learn how to stop in no time (with enough practice of course),

I’m going to explain three ways to stop so if you are having a hard time with one, then just try the other ones and if all of them are difficult then pick the most comfortable one and start practicing.

How to Stop on inline skates – The 3 Ways for Beginners

First of all, you want to  physically and mentally prepare yourself to learn how to stop, because it might take a while to stop comfortably at high speeds and in awkward situations so keep practicing and remember to wear some protective gear:

Now that you’re ready to endure some falls if you have to, let’s dive straight into it.

The T-stop or the drag stop basically means to drag one foot behind the other one and pushing it against the surface to create friction which will slow you down and eventually putting you to a stop. Stuff you’ll need to learn before attempting the T-stop:

You should also try to alternate feet so that you can learn to balance on both sides of your body and will help with wheel wear.

When you start, at first you’ll find yourself drifting to the side and not going in a straight line. You might also lose balance but hey, that’s what practice is for.

Anyways, here’s what you’ve got to do.

A good way to practice on alternate feet is to do this exercise in a figure of eight. Make your turns tighter and tighter gradually.

Now that you’ve got the practice exercise done, it’s time for the actual stop:

Combing the T-stop and Power stop

Note that you can only do this if you learned both of the previous stopping methods. To do this, you can:

This combined technique does require quite a bit of practice and there is definitely an element of feel to it that is hard to describe so keep practicing and eventually you’ll be able to do it. Practice even more and you’ll be able to comfortably do it in awkward situations

Now the third and last technique is called the “Powerslide”. This is a controlled slide that will bring you to a stop extremely fast but this also requires quite a bit of practice and is quite difficult to pull off for beginners that is. That’s why you need to learn it step-by-step.

There are two main parts to it :

Let’s start with a backward transition.:

That’s the basic movement. Practice it, and you’ll get a hang of it pretty quickly.

Once you’re comfortable transitioning from front to back, we can start learning the slide to stop:

This stop is sort of a backward t-stop, but better and more effective.

So did you try one of the 3 ways listed above?

I won’t be surprised if you staggered and fell when you tried them for the first time. That’s how learning works. So don’t forget to wear your protective gear, because those things can save you from the nastiest of the falls. With smaller falls, you won’t feel a thing while wearing protective gear. Anyways,

Good luck and have fun skating!

Zeera Author
Hi, I’m Zeera. I absolutely love skating. I mainly do rollerblading but also have lots of knowledge in skateboarding and ice skating. I’ve tried to write as much as possible on this topic. Feel free to drop a message if you have any questions. Hope you enjoy our blog. I challenge you to roll with me ;) 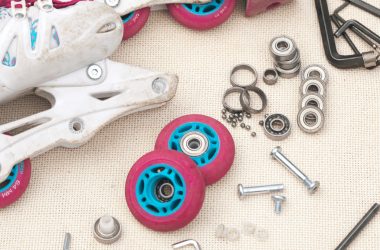 Inline skate bearings are a vital component of your inline skates. They allow you to turn and maneuver…
Read More 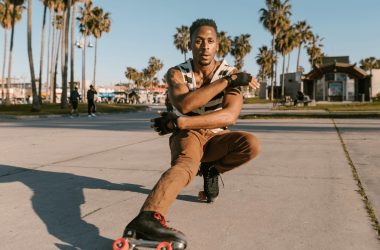 Do your shins feel like they’re on fire from roller skating? Do you feel annoyed by your sore…
Read More 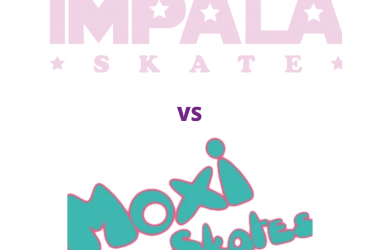 Impala vs Moxi Skates Review – which popular brand should you buy?

In this post, I will be comparing Impala and Moxi roller skate brands. This Impala vs Moxi skates…
Read More