So, you want to pick up inline skating. Well, that’s completely relatable. Inline skating is a really fun sport, as well as a good full-body workout.

So, if you know absolutely nothing about inline skating, and have never stepped into the skating rink in your life, this article is for you. I’ll show you how to Learn Inline Skating!

Well, all I have to say is that if you follow the steps listed in this article, you’ll be able to master the basics in no time.

This article breaks everything and explains everything step-by-step, so you won’t get overwhelmed and things can seem easier to you. You’ll even be able to see progress on your first day! How cool is that!

How to learn inline skating – 13 Steps to Mastering the Basics

If you follow all the things taught here correctly, you’ll be able to master the basics in a span of 1 month maximum of regular 1-hour practice.

Though it is different for every inline skater. Some progress quickly, while others take some time. Some put in a lot of time, while others practice twice per week.

Here are the 15 steps to mastering the basics of inline skating.

1. Get Your Inline Skates

To start inline skating, you’ll have to first get your roller skates. But before you hand in the money, and get your first pair, make sure you keep these things in mind.

Getting good quality inline skates is the key to progressing quickly.

However, inline skates can be a bit expensive for a lot of people. If that’s the case, then second-hand is an option. But, don’t buy plastic skates at the mart, if you want to have a good inline skating experience.

Check out this article on best inline skates for beginners.

The second step is to buy your protective gear. Inline skating, and pretty much every kind of extreme sport, involves the following pieces.

When you’re just starting out, there’s this fear of falling and injury. To overcome that fear and also for your safety, you need to buy the necessary protective gear, especially, knee pads. You can check out our ultimate guide on what to wear roller skating.

When you have your safety gear on, that sense of safety pushes you to inline skate more freely, and in turn, progress more quickly.

3. Put on Your Inline Skates And Gear

Now that you have your equipment ready, it’s finally time to put on your gear and start skating.

4. Stand While Holding a Railing

When you first put your feet inside inline skates, even standing up and walking up to the railing of the skating rink would be a challenge for you.

These exercises will help you get a first-time feel for the inline skates. You can do these exercises for 20 minutes, and you’ll already be seeing progress in your balance, even if it’s far from getting to an intermediate level of inline skating.

Congratulations! Now you can stand up on inline skates (even if it’s with the railing).

5. Stand Without Holding a Railing

But you’ve got to do it. Some people develop this extremely bad habit of getting used to the railing too much. Those people won’t leave the railing for 2 months when they should’ve already dropped down their first vert.

6. Create a V Shape With Your Feet

Okay, now for the technical part. You have to start moving forward now. But, how?

Most people on the internet would tell you to push with one foot and glide on the other.

Well, that’s the worst advice ever. If a beginner tries to do this, their feet would definitely get out of control like crazy, and they’d have a crash landing with the nearest wall or another skater.

Now, this is what you SHOULD do:

Now that’s a good V you just made with your skates.

The next thing you want to do is lean forwards. This rule is an absolute for an immediate beginner. And here’s the physics behind it.

It has to do with your inertia – a very fancy term that we do not understand. Anyways, when you move forward, your body tends to move backward due to its inertia. Your feet would dash forwards, while you’d fall backward.

So when making your first step on your inline skates, you would want to make sure that you’re leaning forwards considerably, to reduce your chances of falling backward.

As you get used to the motion of inline skating, you would automatically be leaning forward, and even if you don’t, you won’t find yourself falling backward.

This is another thing beginner inline skaters do while learning to skate. They keep looking down while walking forwards.

It’s a sign that you’re a bit too conscious and nervous on wheels. And yes, it’s natural. But once you can look forwards while skating, you’ll feel more confident, faster, and skate more freely.

So be confident in your skill, and look forwards to while inline skating. You’ll progress way faster this way.

One word: Balance. When you’re a beginner skater, you can’t balance well. You’ll definitely be falling 10 times on your first day. But hey, that’s what knee pads are for. Learn how to fall safely here.

Balance is something that improves with practice. But to improve your balance just a little bit, you can bend your knees.

Bending the knees is the ultimate rule of inline skating. You practically bend your knees while doing everything; jumping, dropping down verts, turning, spinning, etc.

So lean forwards and bend your knees to get into that sturdy stable posture.

This is the start of inline skating. Now that your feet are in a V position, you’re leaning forwards, and you’ve bent your knees, it’s time to finally skate forwards.

People would tell you to push with one foot and glide on the other foot. But follow my advice and don’t do that. The last thing we want is your feet going crazy in the middle of the skate park.

That’s it. You’d definitely not be skating like a pro at this stage, but this is the start.

Once you start becoming comfortable with walking in a V position, your feet would automatically start gliding like that of a pro.

11. Be Careful Not to Develop Bad Habits

Bad habits are annoying. They slow down your progress by a lot. There are some people who learn all the basics in no more than 10 days. While others are struggling with even walking forwards till months.

Here are some bad habits you might pick up while learning to inline skate.

Make sure you don’t develop these bad habits. And if you already have, try to leave them.

Congratulations, you can move in a straight line now. But now, you need to learn, how not to bump into the wall or other skaters, right?

That’s where you learn how to turn, and brake. It would take some practice but you’ll get the hang of it.

Maneuvering will save you a number of times in the skate park. So it’s a must skill to have.

Next is braking. There are a number of kinds of breaks. But in this article, I’m going to go through two of them, which are beginner-friendly.

There you go; the two brakes you need to learn as a beginner. Actually, you’re not a beginner at this point, you’re an intermediate, as you’ve mastered all the basics.

Now that you’ve got a good hang of all the basics, you can go ahead and start learning some intermediate tricks.

Here are some tricks you can start learning.

The important thing is to have fun.

I hope this article helped you in getting started with inline skating and getting used to the basics. Now you can start learning more tricks with your friends, skate to some music, and have fun.

Effy Author
I’m Effy – I started this website to write about all things skating. I’m passionate about skating and part of a community where we share our skating experiences and new tricks. I’ve included on this site everything I have learned so far, from friends and from my skating experience. Enjoy & Happy Skating! 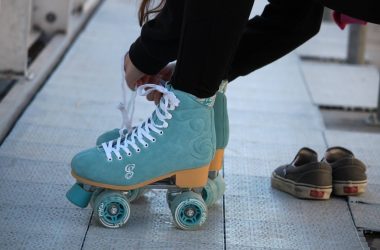 A lot of people ask how long do roller skate wheels last? That’s a good question indeed. On…
Read More 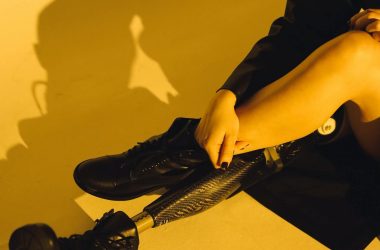 Can You Roller Skate with a Prosthetic Leg? 5 Tips to help

Can you roller skate with a prosthetic leg? That’s an interesting question indeed. The short answer would be;…
Read More 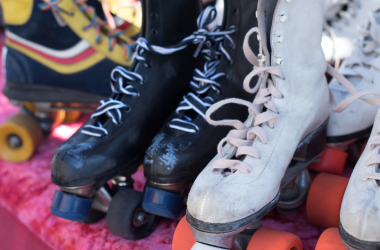 Can You Roller Skate on Carpet? A Helpful Guide

The short answer is Yes. But should you roller skate on carpet? The world is your playground when…
Read More